Wave Energy is another form of Marine Power that has great potential for clean, renewable energy production. Though fairly new, the use of energy from waves dates back to the early 1800s, and now  due to climate change, new interest is  growing worldwide for this renewable energy.

Different from Tidal Power, this energy is still created by the ocean through waves that have been created from the interaction between wind and water, and locations for the capturing of this energy are, shorelines, near shore, and offshore. The amount of energy produced is determined by the wave size, speed, wave length, and water density.  Wave Energy Devices are used to harness this energy and to convert it into electrical power.

Point Absorber Buoy is a floating structure which floats on the surface of the water, held in place by cables which are connected to the seabed. It uses the rise and fall of the ocean waves to drive Power Take-off Systems such as Hydraulic Pumps to generate electricity.

Surface Attenuators  similar to Point Absorber Buoys have multiple sections that are connected to one another and oriented parallel to the wave direction, effectively riding the waves. These wave energy converters, capture energy from the swells of the waves which drive hydraulic pumps to generate electricity.

Oscillating Water Column is a structure that is partially submerged and hollow, which can be located on shore or off shore in deep water. This device has an air chamber that when waves causes the column to rise and fall it traps compressed air inside it, then this air is then forced through a turbine creating electricity regardless of the direction of the air flow.

Over Stopping Device : This device captures water into a storage reservoir by the use of wave velocity, and when the reservoir is filled to a greater water level than the surrounding sea, the water is then returned to the ocean by low-head turbines that then generates electricity. An Over Stopping Device can be used on shore or off shore, and may concentrate the wave energy by the use of "Collectors".

The Oscillating Wave Surge Converter is another  energy device worth mentioning. These devices often come in the form of floats, flaps or membranes, and they have one end of the device fixed to a structure or the seabed, while the other end is free to respond to the movement of the water in the waves. Energy is then extracted from wave surges and water particles within them, and must be carried to where power can be used or to a connection by power cables to an Electric Grid.

To be reliable, Wave Energy needs locations with consistently strong wave actions, and equipment must be able to withstand the harsh environment to reliably extract energy from the waves. Some concerns are the effects on near field and far field marine environment, processes such as sediment transport and water quality, also concerns about wave devices that can affect fish and marine mammals.

To alleviate these concerns, The US Department of Energy(Water Power Program) are funding studies that examines the effect of Marine and Hydro- kinetic Technologies on certain marine species and their environment. They also develop tools to evaluate overall environmental risks, and methods to monitor the effects of these technologies on marine life. The studies also gathers an understandable Database of Marine and Hydro-kinetic Environmental Research and Data. 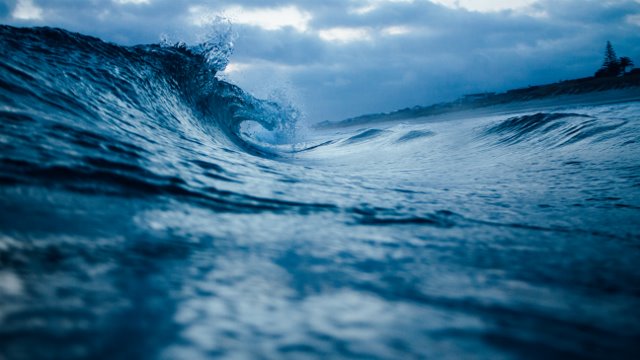 The United States Oceans Wave Energy Resource report created by the Electric Power Research Institute (EPRI) finds that recoverable resource for electricity generation from waves is approximately 1,170 Tera-watt hours per year (TWh/year), which is almost one third of the 4,000 TWh of electrical power used in the U.S. each year. This means that millions of American homes could be powered by this clean reliable form of energy, if just a small fraction from it was developed. That is why The Department of Energy announced $10.5 Million for funding, to spur innovation in next-generation Marine and Hydro-kinetic Control and Component Technologies.

The Department of Energy is working to capture this untapped renewable Marine Energy resource, which could provide clean affordable power to homes and businesses across the Country's coastal areas.