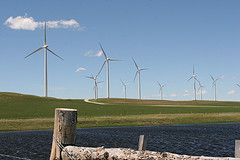 Energy-Incentives such as Grants and Financial Incentives are created to help offset energy costs, and also to encourage people to change from conventional energy systems to clean alternative energy.

Solar photovoltaic, wind, hydro, biomass, geothermal energy, clean energy vehicles, and renewable electrical generating systems can qualify for these incentives depending on where their locations are.The countries, states, or provinces you reside in, may have different policies and laws.

Grants and financial incentives as rebates, tax incentives, feed-in tariffs and net metering all aim to help homeowners, businesses, communities, and consumers to save money, and to promote renewable energy.

Grants usually given to educational institutions, businesses, nonprofit organizations or individuals, are disbursed by (very often) governments, corporations, and foundations.

These Energy-Incentives which are non-repayable funds, must be applied for by submitting a proposal or submission to the fund administers. Grants are made to help support jobs, training, and to fund specific projects and social development.

Energy rebates by energy service companies or utilities in their own service areas, make it easy for customers to apply and to qualify for these rebates.

Discounts and refunds are offered as Energy-Incentives to residents and businesses, to help them become more energy efficient, while saving money and by reducing their energy consumption.

When your renewable energy system produces more energy than you are able to use, the excess power goes back to the grid or to energy storage( If integrated into the net metering system) for future credit.  If your energy generator does not produce as much power as is needed, the electrical grid will make up the difference.

If more energy has been produced than you have used at the end of the billing period a credit will be added to your next bill, with all this depending on the Country, State or Province net metering policies, but most net metering laws involve kWh credits monthly roll over.

Federal Tax Credits  are available in the United States for All-Electric and Plug-In Hybrids vehicles, purchased in 2010 or after. This credit will be available until manufacturers in the U.S. have sold 200,000 qualified EVs, at which point when this happens the credit will begin to phase out. The size of the vehicle and it's battery's capacity, will decide on the amount of the Tax Credit to be had.

In Canada, the Province of British Columbia has incentives for clean energy vehicles making them more affordable, with the Province offering up to $5,000 for the purchase or lease of a new Battery Electric, or Plug-in Hybrid Electric Vehicle. Also for Hydrogen Fuel Cell Vehicles, with incentives of up to $6,000 with these incentives being able to change in the future.

The Province of Ontario Canada provides financial incentives for the purchase or leasing of electric vehicles, with amounts depending on the vehicle's eligibility, such as it's battery and seating capacity along with other needed qualifications.

Feed-in Tariffs require two power meters to measure the outflow of electricity from the power generators independently, allowing electricity consumption and generation to be priced separately.