Like wind power,  Solar Energy is another Alternative Energy which is clean,  green friendly, and renewable. Produced by the sun's rays, it is a predictable intermittent energy source that can be stored at high, or low temperatures in the form of heat  that can be converted directly into electricity.

On days that solar power can't be produced other energy sources such as wind, hydro power, or connection to an Electric-Grid can be supplemented, also  Solar can greatly alleviate the demand made on Utility Systems.  In Canada, where Solar Systems installations have started to expand in many residential areas, the Canadian Government is offering Incentive Programs (http:nrcan.gc,ca).  These programs will help promote the "Green Agenda", and will lower the strain placed on Power Utilities at peak hours. 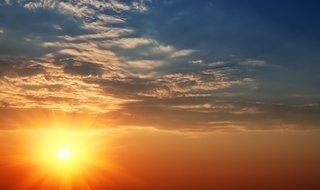 Solar cells which are made of semi-conductors composed of Silicon crystals, ( the most common type used to-day) can produce Solar Electricity. These crystals hit by sunlight induces the "Photovoltaic Effect" which produces electrical energy, and  this electricity called Direct Current (DC) can be used immediately or stored in batteries for later use.

Solar cells can be used to power small, medium, and large applications, such as  calculators that can be powered by a single solar cell, while Solar Homes would use an array of Solar Panels.  Photovoltaic cells are rated in Watts as to the maximum power they can produce, while under ideal solar and temperature conditions.  These ratings, can be used to determine how many Solar Panels will be needed to make an array of Solar Modules.

Solar Electricity from a Grid-Connected Solar system is no different than using utility generated power, except the difference is that you are using solar power.

Unlike Solar Electricity, (solar cells that convert sunlight into direct electricity) Solar Heat uses Thermal Collectors that converts Solar Energy into heat.  Solar power technologies are characterized as being either active, or passive, this depending on how these solar systems capture, converts, and distributes the sun's rays.  Solar Homes are classed as being, active or passive solar.  Homes that are well insulated would probably need smaller and less expensive heating systems, and may not need any other form of heat other than solar.  Some useful outputs include, hot water heating, space heating, cooling applications and more....

Solar Homes can be active or passive, and are designed with the sun in mind. These homes both have arrays of solar panels that can provide heat, light and cooling with electrical systems, or without the help of any mechanical devices, depending on the energy need, and they can be connected to the electrical grid or to a stand-alone system.

Some Solar Energy Issues are, installation costs and the sun's power availability.   Advanced thin Solar Photovoltaic cells will likely reduce the industry costs in the future, and Governments have also created financial Incentives to encourage the use of Solar Power.  Though, a good idea would be to get an evaluation of your site, which will decide if enough energy from the sun is able to reach your solar energy system in order to provide enough electricity for your needs.  I would highly recommend shopping around for a Solar Installer Company that is qualified, and that has a good source of information on Solar Energy and it's uses.