More extreme weather such as heat waves, intense precipitation, and droughts, have become more severe and more frequent in the last decade with climate-weather-impacts on the social systems being variable.

Human beings will be affected by weather pattern changes such as  temperature, precipitation, sea level rise, and frequent extreme events. With changes in water, air and food quality, ecosystems, agriculture, industry, settlements and the economy, all this will have an effect on human health. 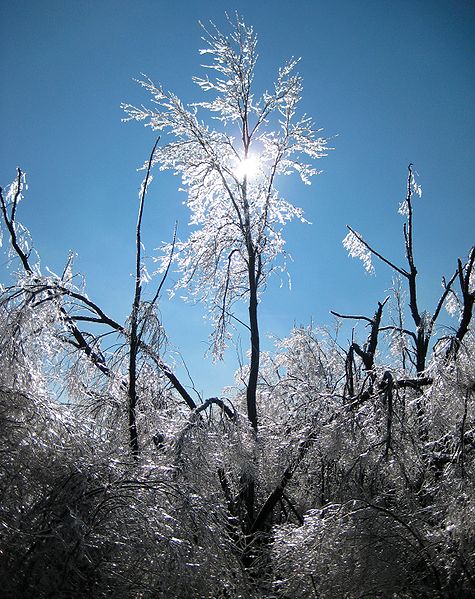 Extreme hot abnormal weather that lasts for several days to weeks is usually defined as a heat wave, and is mostly produced by  climate change. These heat waves, accompanied with high-humidity are responsible for more deaths than hurricanes, floods, precipitation, lightning, tornadoes, and earthquakes.

Health issues are hypothermia( also known as heat stroke), heat edema, heat rash, heat cramps, and heat exhaustion. Heat waves can also cause power outages, wild fires, and physical damages to roads and highways causing them to buckle and melt.  Also damage to water lines and to power transformers, making them explode and catch on fire, have been known to occur.

Global warming, due to human activities such as the burning of fossil fuels has greatly contributed to Weather-Impacts such as sea level rise, high winds, droughts, wild fires, and heavy rainfall, are some of these impacts.

Sea level rise will decrease fresh water availability for humans and ecosystems in coastal areas, by extending areas of salinization (contamination of soil with salt) of groundwater and estuaries.  Other climate related events that will affect water resources are changes in precipitation, changes in river flows, and melting of sea ice and snow cover.

Other Climate-Weather impacts are from high winds, and depending on their force they can cause very much damage such as power outages from falling trees that disrupt power lines. Hurricane-force winds have been known to destroy property and homes, and are responsible for some loss of life.

Droughts due to lack of precipitation can have an impact on our water resources, our agriculture, and our ecosystems. It  can affect our economy, environment, and our social system. Economic losses include, higher food production costs, hydro-plants having lower energy production levels, problems with water supply for agricultural output, and the energy sector with disruption of water supplies for municipal economies.

The negative effect on people's health caused by heat waves, water supply limits and its increased pollution levels, the high cost of food and failed crops causing stress, all affect our economy.

Wildfire seasons in the Western United States last longer, and are severe mainly due to early snow melt and earth warming. Wildfires move as fast as 10.8 Kilometers per hour (6.7mph) in forests and in fields, and will travel at a speed of 22 Kilometers per hour (14mph). They can spread by jumping, as winds carry hot wood embers and other burning materials through the air, creating spot fires downwind from the fire. These wildfires can occur as far as 10 Kilometers (6mi) from the fire front.

Heavy rainfall have occurred in places where total rain amounts have decreased, and projections are that in the future there will be an overall increase in the global average. There will be strong shifts in where and how precipitation will fall, and in areas which are now dry, those areas will become drier, and wet regions will become wetter.

The impact from heavy rainfall can create a number of hazards which are usually floods, or dangers from floods. The danger from flash floods can cause damage to bridges and buildings that are not strongly constructed. In agricultural areas, plants and crops can be totally destroyed by the force of the racing waters. 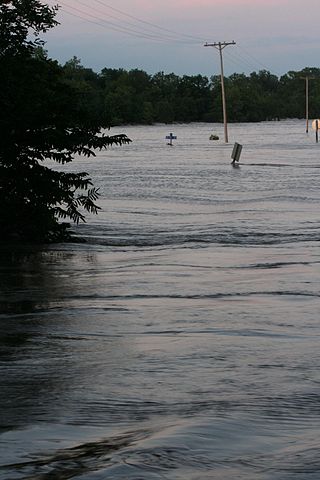 The U.S. Environmental Protection Agency  are linking extreme Climate-Weather events to global-warming, and in 2004 the NOAA  stated that due to warming induced by greenhouse gas, destructive category-5 hurricanes may occur more often.